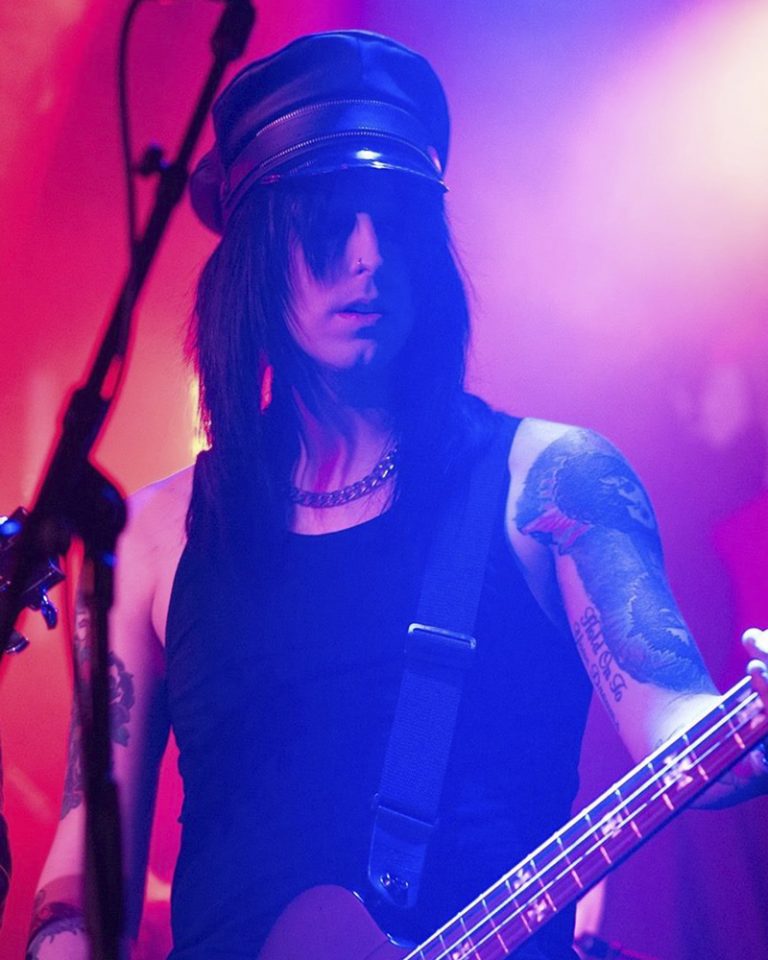 Soooooo many choices,  but I can narrow it down in no particular order other than #1 & 2, those are my ALL TIME FAVORITES!

What instruments do you play and how long have you been playing?
I have been playing music since I was about 8 years old. I first became interested in Bass as Gene Simmons, Nikki Sixx and Blackie Lawless all were people who caught my attention at a young age. My dad thought bass was boring so they gave me a guitar instead. I taught myself as much as I could and started recording my own songs on a boombox cassette player. When I was 12, I met 2 brothers who were musical virtuosos. They became my best friends and I learned a lot from them. They started a band about a year later that played cover songs in my hometown. Their drummer quit a week or so before a show they had so they asked me to be the drummer. I found that I naturally have the ability to be a Rock drummer. I did that for about a year and then went back to Guitar, which was my passion. Through the years I have gone back and forth to Bass and Guitar, depending on the situation. I also became the default vocalist!

Who are your biggest influences as a bassist?
Most definitely Gene Simmons & Nikki Sixx

You were the original bassist of Leather Duchess, playing the first several shows in 2014. What inspired you to rejoin the band in 2020 when the band was once again searching for a bass player?
I rejoined Leather Duchess because I love the guys in the band. When I originally joined the band, I was In a difficult spot in my life that didnt allow me to be able to continue playing with them. I ended up moving back home to Vacaville, 6 hours north of Los Angeles. When I was asked to play again, I was really excited at the opportunity to hang out and play with the guys again. Now that I am closer and have the stability and means to be apart of it, I feel as if I am completing something in my life that was left undone.

Tell us about your other band, which you are the singer and bass player for.
JET BLACK ROMANCE is a band that my friend Rikki Bullets and I started in 2018. We have been friends for a long time and started writing together in 2016. When my old band and his old band stopped playing, we decided to start our own project. We recorded a 5 track E.P. and released it on 1/1/2019. We were excited about the response we received and decides to start playing shows. In the last few years we have played around California and mainly focus on writing and releasing singles as we record them. We are currently working on a full length album!