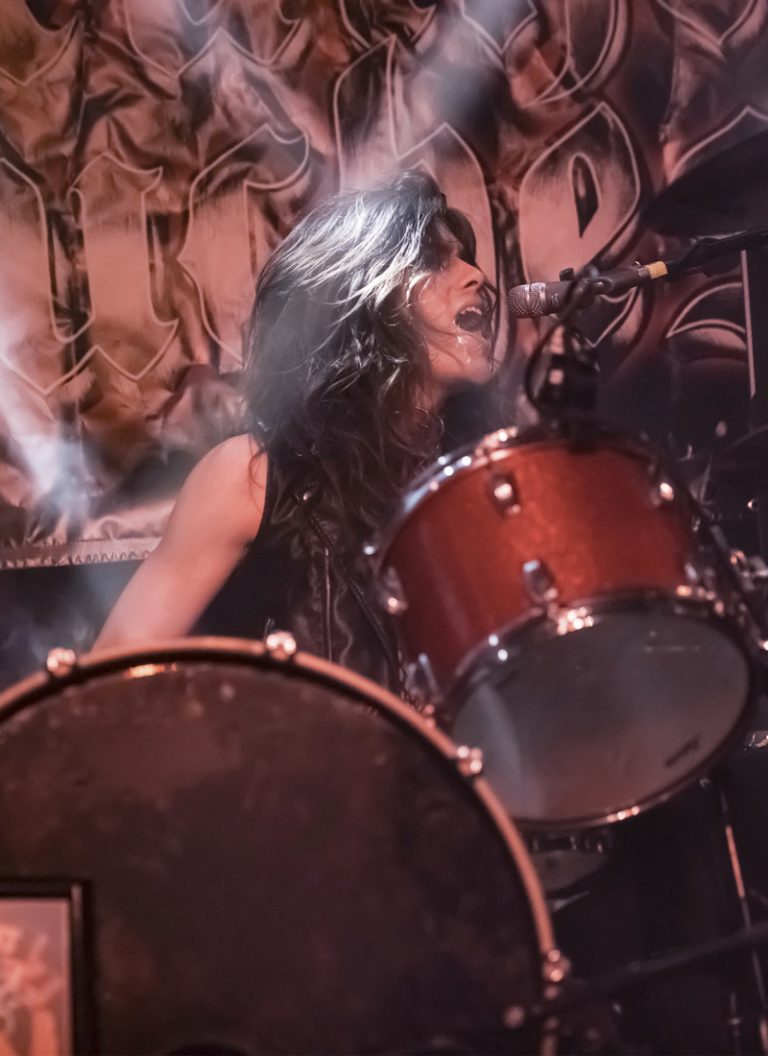 Hometown
I was born in Glendora, CA but I moved around a lot growing up so I don't know if I'd really consider it my hometown.

Top 10 favorite albums
This one is really difficult to answer because when I get into a band, I usually love all the songs on all the albums, (even the bad ones), and I listen to them all front to back constantly. So I guess I'll just list some of my favorite bands:

When did you start playing drums and what made you want to play?
I'm self taught with a lot of instruments, and before drums, I was mostly playing bass and singing in bands. I only started playing Drums after I met the guys in Leather Duchess and we just kicked it off really well. They needed a drummer so I started playing drums. I think it's worked out pretty well so far. Also Tommy Lee. Just... Tommy Lee.

What is your role in the writing process of Leather Duchess?
For the most part, we all write our own parts and we all feed off each other. I think its quite interesting because all the songs we have written together we wrote with out a bass, so I learned to follow a lot of what Marc plays on guitar which i think gives an interesting spin on some of the drum parts I make and it's almost like the drums has its own melody. I also do a lot of the piecing together and making the transitions between parts. Every song is different though. Some songs, we get in the studio and we just start jamming and the music just comes together, and some songs Marc will have a library of some cool riffs he's been wanting to work with, and we kind of sit back and take a look at what we have and see what we can piece together with what, or how can we make one part flow into another. I did, however, have a little bigger role in the recording process. I wrote and played the bass parts and came up with some extra harmonies and layers for guitar and vocals, and did the producing editing and mixing.

Who are your biggest influences as a drummer?
Well, as I said in the other question, Tommy Lee. He is just the greatest to me. His beats are solid and heavy, I love how big his drums sound and his fills are creative and different. No drummer gets me as pumped up as he does when I'm listening to his beats. Also Animal from the muppets, but no, that is not where my name came from

What is your beverage of choice?
Miller Lite. If you know one thing about me, it's Miller Lite. I'm kind of like their unofficial spokesperson.

I also enjoy Jack Daniels. If I'm feeling fancy, I'll mix some Diet Coke in there.